A downloadable game for Windows

Solve the mysteries enclosed in the most dreadful manor of the 19th century. Discover the powers of a transcendental language and use them in your favour with your own voice, you will need it to survive against terrifying encounters with something beyond the human. Are you ready to experience the next level of immersion?

Notice:  A microphone is required to play this game.

Albedo is set inside an abandoned manor in which terrible things have happened. You’ll wander through the bowels of this old place, discover a transcendental language, and get defied by puzzles, but soon, you’ll realise that you’re not alone. Are you brave enough to find out who or what is behind all of this?

Generation after generation, the family of the Willard fail to understand the sudden death of their members at certain age of their growth. However, some of them recall a hermit lady, one of their ancestors, who was very young when she left home to go nowhere to be seen. They say she went to live isolated from humanity in the depths of an ancient forest and, after years and years of research, you've finally found the place where she decided to spend her last days.

In Albedo, your voice is your only defence and your main tool to progress, but you’ll also be able to pick up elements, interact with the environment, and search for things that may help you solve the mysteries hidden in the place, revealing terrible stories. Through the course of the game, you'll learn new powers and use them on your own will, leading your fate to one way or another. Remember to use them correctly in every situation and unlock improvements to increase your chances of survival. Darkness does not forgive those who are weak-willed.

Language: Currently, the game is available in English.

Viewing most recent comments · Next page · Last page
Daddelkutter153 days ago
This game was brilliant!! Using our voice to protect us from the Ghost Lady was phenomenal! We never experienced that kind of gameplay in other games and we want more! That was a nice work and we hope to see more of this!
Reply
SheepBroadcast155 days ago

That first encounter with the Ghost Lady had me jumping back so far from my monitor lmao! Loved the game, great job!

I can't start the game, it shows the unity window then disappears. Can someone help please?

Had fun playing this game and enjoyed the mic feature. check out my video and enjoy

REALLY fun game and a really cool concept!
You can watch my playthrough/reaction here. (:

Also, would LOVE to see more games like this!

Reply
LostZoss336 days ago
Very unique game, wish more games used voice commands like this in a way that is useful! The scares got me pretty good, setting and plot was immersive and interesting! Great work!
Reply
KaiLoon1 year ago

Hello! I had fun with the game! It was terrifying at parts, very interesting, and had a uniqueness that many games lack.

The spells were a great idea and they were implemented and executed perfectly. The ghost was a little buggy, but nothing game-breaking.

Thank you for a fun experience, I will leave my gameplay below for anyone that may be interested in checking it out! Thanks, once again!

Hello there! I LOVED THIS. It was a really cool feature and execution of it! There were parts that really got me and overall it was a cool experience! Heres my playthrough if you wanna see!

Hello, my microphone doesn't seem to be picked up.
I see that several of us have the same problem...
Do you have an idea?
Can you add in the options, the possibility of configuring the input microphone ?

i got a glitch/bug and got in a position where i culd see truh walls, got out with crouching and continued, but culdnt proceed becouse the door lock melted with the door and there wasnt a possibel interaction. It was just Strange. 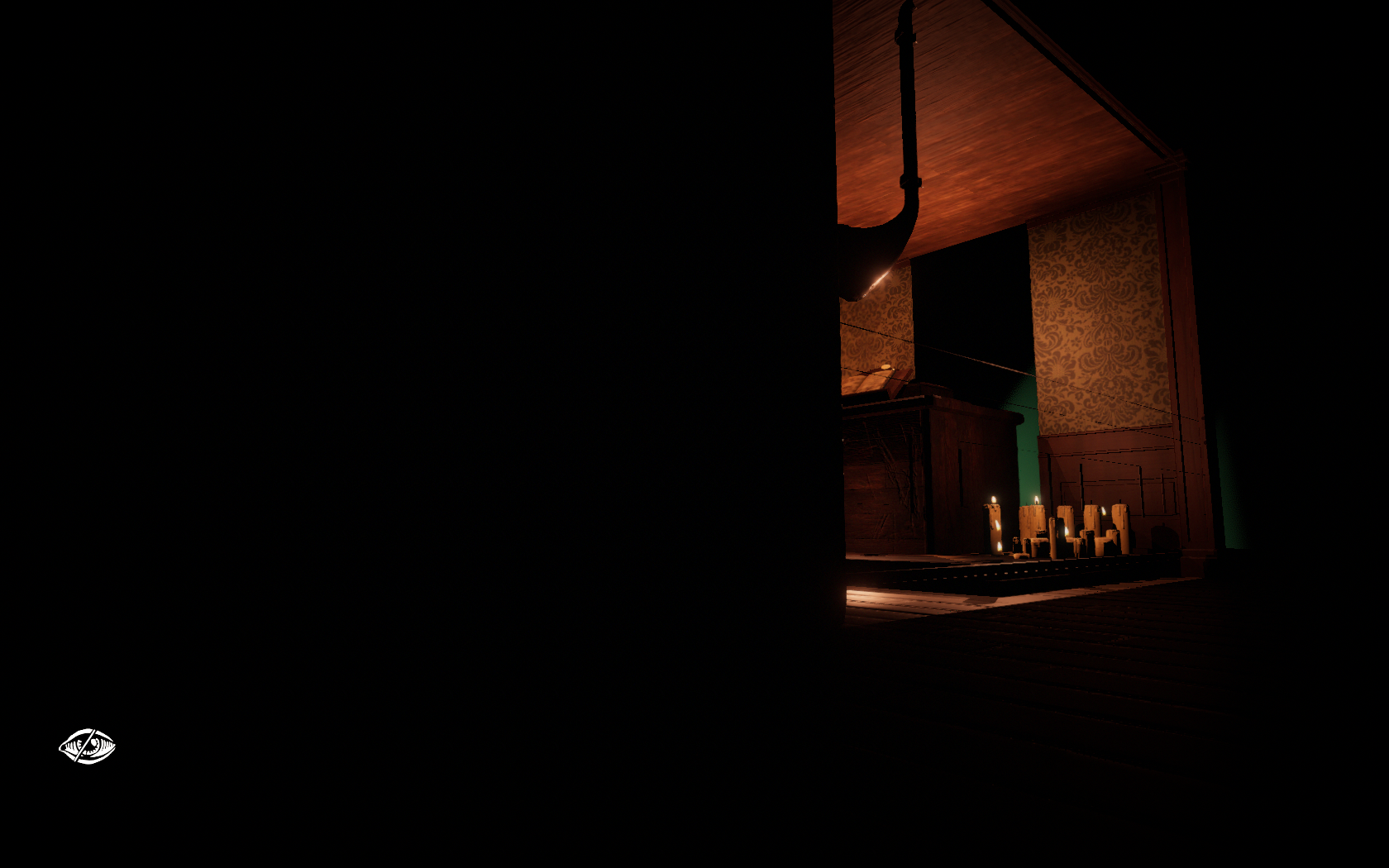 After thirty-one games (in less than a week) for my B&W horror anthology series, congrats! Your game is the only one that has (as yet) made me shriek like my nine year old daughter spotting a spider on the wall.

I HOPE YOUR LUXO GOES OUT IN A DARK ALLEY...

... Where a man is selling ice cream and cotton candy :)

This would be cool as a longer game do u think it will reach that point in development?

Honestly loved this. It really changes what you do when confronted with danger. Normally, you just push the opposite direction on your controller, but having to learn the spells as a player, rather than picking it from a menu and pressing a button, was a great way to create immersion.

I don't remember if I've posted this video here but whatever.

Best concept idea ever.
I really thought I was a wizard  and had some power !
Priceless !

Great game! Played this game a while back. We really enjoyed it and felt like it was unique due to the voice recognition. Keep up the amazing work!

P.S. Sorry if we butchered the name in the video lol.

I really liked your game. I got scared so many times lol. Having to use your voice is also cool, this was the first time I've played a game like that.

So I got stuck after receiving the 3rd gem and I don't know if it's because the game is unfinished but overall it was awesome and unique!! :D

Although it's glitchy at time, but its just a minor problem for me.

The only thing I can complain about is, the performance of the game.

Hi, this game has amazing potential, it has one of the best voice recognition mechanics that i have seen yet, i always tried to do something similar but could never find a way of making speech recognition work on Unity, did you guys made it from scratch or is it a plugin?

And i would love to see more of this game, since most games only use voice recognition more as a gimmick instead of a main mechanic.

This was really good, I loved ever part of this game!

Very nice work, very good game, I really enjoyed playing it . Congrats to the devs. Here is my version .

i was so excited to play this game, everythinmg looked soo awesome! but unfortunately, it didnt get past the page that was all black after I would hit play. the game looks amazing though!

Finally a game that recognises my accent :) nicely done bud

I loved the atmosphere. I was absolutely terrified and no horror game has done that lately. I love the spell mechanic. I haven't ran into a game that uses your voice. I did run into an instance of the game breaking right away. It's in the my video.

I just wanted to make this thumbnail when I saw the title of this game.  Then I played it and it was really cool.  I love the spells mechanics, the atmosphere is great, and the monster/witch thing is very creepy.  Thanks for making such an awesome game!

A little janky, but I had fun! Nice to see something different!

I have an Audio Technica ATR 2500 and it's not picking up the mic? How come?

I found that the commands weren't always accepted, but I still had a lot of fun with this. It would be nice if there were options for non-mic users.

Its not picking up my mic for some reason?

This game had me on edge the whole time

OMG! THIS GAME WAS AWESOME!! Just the fact that you can use your voice for spells...Mang...It was beautiful. I had so much fun! Made part one and 2 video. I'l have part 2 ready tomorrow. < 3

Played this as a random indie horror and had WAY too much fun with the voice commands. Wish there was more though lol. Next game, i'm hoping for full on voice command support haha. Great job guys! Keep it up. If you're looking for good honest feedback, i give just that in my video!

Greetings Rostiger! Thanks for playing!

This game was honestly amazing. I am still very impressed, amazing job indeed. Here's my gameplay:

Wanna start off by saying I loved the gameplay. It really helped to get me into the feel of the game. I did a video on it, I hope you enjoy it!

I always love voice command games. This one's voice comm system is really good. I feel like there's some missed opportunity in backstory every time you set a gem in the pentagram. But that's just me.

Here's my channel for other games I have played. http://www.youtube.com/c/Levont

We would have liked to add more backstory, but we were running out of time. Glad you found the voice system good! Thanks for playing! 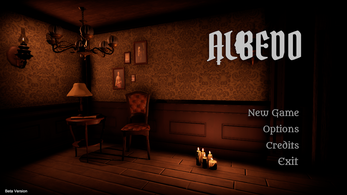 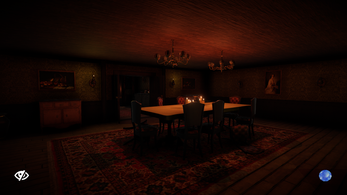 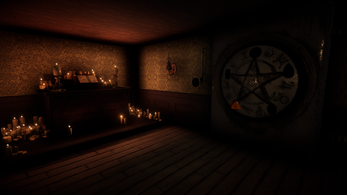